PRISA Group (PRISA) is a family-owned developer, builder and owner of green residential communities, hospitality, resort and entertainment projects in Puerto Rico and Florida. The firm has delivered over 3,000 residential units in the last 20 years and owns and is currently developing projects in San Juan, Dorado, Bayamon, Manati, Vega Alta, and San Lorenzo, Puerto Rico, as well as in Orlando and Tampa, Florida.

The firm is also the developer of Sabanera Dorado, a master planned community consisting of 900 single homes and 750 condominiums with 525 units closed to date; this is the third generation of our award-winning Sabanera brand.  The 850-acre property includes a system of lakes and wetlands totaling over 80 acres. Aside from its natural amenities, the Clubhouse houses a meeting room, a movie theater, and a state-of-the-art fitness center. Sports facilities include covered basketball /volleyball courts, soccer field, swimming pool, kids pond pools, playgrounds, running track and miles of paved and nature trails.

Sabanera is also host to its own school, TASIS Dorado. Founded in 2002 by the firm’s founder and Chairman, Mr. Federico Stubbe, TASIS Dorado offers a world-class education from Pre-K to 12th grade. TASIS Dorado is the third campus operated by The American School in Switzerland, with main campus in Lugano, Switzerland and a second one in London. With over 790 students in grades PPK-12, students and residents share some of the best amenities of any school or community in Puerto Rico and the Caribbean, flanked by Sabanera’s natural lakes and farmland. As the TASIS Foundation’s first venture in the U.S., TASIS Dorado has been ranked by the Middles States Association within the top 10% of schools in their U.S. region.

In addition to Sabanera Dorado, the firm is also the developer of Gran Vista. Located 30 minutes from San Juan in Toa Alta, living in Gran Vista will be life in a grand park with a very convenient access to the city.  Following the firm’s core master planning philosophy, half of the land in Gran Vista’s property will remain as green space. PRISA is returning to Puerto Rico’s largest market segment (starting under $200,000) to create a unique living environment at an unequaled value. Its design has been carefully thought out to make best use of the natural light and fresh air that the property provides. Because a family’s necessities change with time, the homes structure’s layout is flexible and expandable to five versions.

PRISA is also the developer of Lake Toscana in Tampa, Florida. Nestled between the Little Manatee River and Preserve, this gated neighborhood of 127 exclusive planned residences creates an unspoiled estate-like atmosphere on 512 acres. Situated in one or two-acre homesteads, every home features a lake or preserve view. Residents enjoy all the activities of an active, outdoor-oriented lifestyle, from kayaking and fishing in the 60-acre lake to cross-country jogging, picnicking, or even flying a kite!

At present, PRISA is developing the $41 million Springhill Suites and Residence Inn by Marrriott Orlando, FL at Mall at Millenia and the $25 million AC Hotel by Marriott in the Westshore district of Tampa, Florida. Both are in construction and expected to open December of 2017.

Currently in development is El Distrito San Juan first urban entertainment complex. Anchored by a 170-key Aloft hotel, a 6,000 person performance hall leased and operated by Los Angeles-based AEG, the second largest event promoter in the world, and an 8-unit premium Cineplex, the $105 million project will also incorporate offerings such as a micro-distillery, micro-brewery, artisanal coffee ship, a dayclub/nighclub, and an urban zip line among others. The project is currently in construction and is expected to open 1H of 2019.

Future projects also include Dorado Beach Health Center in Dorado, Puerto Rico, a 120-bed acute care hospital in affiliation with a renowned mainland hospital brand, and further expansion of its portfolio of Hyatt and Marriott select service hotels in the Southeast U.S.

PRISA Group has received numerous awards, including Builder Member of the Decade and three Master Planned Community of the Year Awards by the National Association of Home Builders’ Puerto Rico Chapter, the highest honor bestowed upon Puerto Rico developer, the Frank Ramirez de Arellano Award, and the ULI Southeast Florida/Caribbean 2013 Vision Awards’ Project of the Year for Dorado Beach.  In November 2014, the firm was awarded the Americas’ Developer of Year award by Hyatt Hotels Corporation for the development of its Hyatt portfolio.

An underlying tenet of PRISA’s business operation is to add value through a vertically integrated approach to the construction process to ensure the quality and consistency of product, timeliness of construction and cost control. Thus, cost savings are passed on to the project and to the end user. PRISA has been a pioneer in developing green communities and resorts in Puerto Rico. PRISA’s strong belief in environmentally responsible development is the firm’s core value that has shaped the planning, design and construction of all of its developments. To date, all of PRISA’s community and resort developments have maintained a 50% green area footprint. PRISA is an innovator in green land development practices, with designs that focus on functional, sustainable landscaping, storm water retention and aquifer recharge, and creating habitats were people can enjoy and be a part of nature.

2012 Prominent Contribution to the Development and Construction in PR

2013 Vision Awards, Project of the Year

2012 Development of the Year

2013 Best of the Best for Achievement in Design

1998 Planned Community of the Year

2000 Single Family Community of the Year

2004 Planned Community of the Year

2013 Tourism Residential Project of the Year

PRISA Group, Builder of the Year 2019

Our mission is to develop unique residential lifestyles that allow people to realize their dreams for a better life within their economic means.

Our vision is to utilize the talents of an exceptional team of hard-working professionals who love the job of creating better places to live for our customers.

BUILDING HABITATS, AND LIFE IN A GREAT PARK

Our master planning skills are founded in years of shaping the land and building habitats for people and nature to coexist and grow. From the beginning of development, we are committed to respect a property’s history and enhance its natural qualities. It is not by coincidence that after construction, our communities are more ecologically diverse than their original farmlands and the communities remain over 50% green.  We like to call the lifestyle we promote to our residents “Living in a Great Park”. Looking towards the future, our next frontier is developing world-class healthcare facilities. 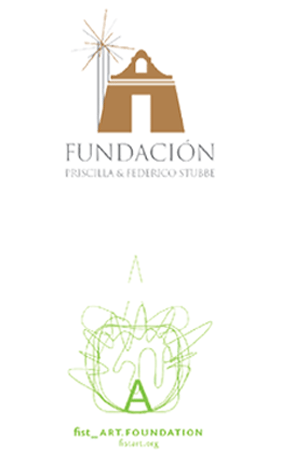