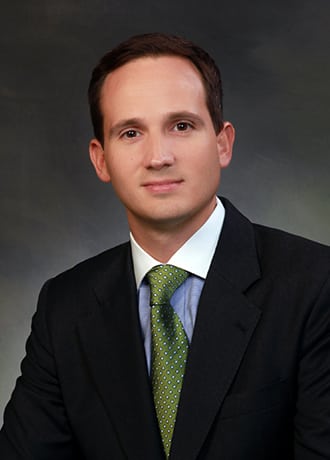 Carlos F. Amy serves as Managing Director of PRISA Group, where he focuses on the development and operation of the company’s hospitality, gaming and mixed-use portfolio. In this capacity, Carlos oversees the operation of the company’s hospitality and gaming properties, including the Hyatt Place Bayamon & El Tropical Casino, Hyatt Place Manati & Casino and Hyatt House San Juan (all currently under construction), representing over $115 million in development costs. Carlos also participates in the planning, financing and development of several of PRISA’s future mixed-use projects.

Prior to joining PRISA Group, Carlos served as Assistant Secretary of the Department of Economic Development and Commerce for the Government of Puerto Rico from 2009 to 2012. In this capacity, Carlos served as the principal responsible for the design, development and implementation of major government economic development initiatives, with a focus on the tourism and hospitality, urban redevelopment and film and media sectors. His major projects included leading the government’s $1.5 billion, 90-acre mixed-use redevelopment of the historic port of San Juan (“Bahía Urbana”). During his time in the Department, Carlos also served as the principal executive officer within the government with regard to all film and media matters, ultimately serving as Executive Director of the Puerto Rico Motion Picture Arts, Sciences and Industry Development Corporation.

Prior to working for the Government of Puerto Rico, Carlos was an Associate in the New York office of Simpson Thacher & Bartlett LLP from 2005 to 2009. During his tenure at Simpson Thacher, Carlos represented some of world’s leading companies, with a strong focus in Latin America, in a variety of corporate transactions across the aviation, consumer goods, energy, education, food processing, financial services, healthcare, manufacturing, mining, telecommunications and real estate sectors.

Carlos is a native of San Juan, Puerto Rico and holds an A.B in Public and International Affairs from Princeton University and a J.D from the University of Pennsylvania Law School, with a Certificate in Business and Public Policy from the Wharton School of Business.